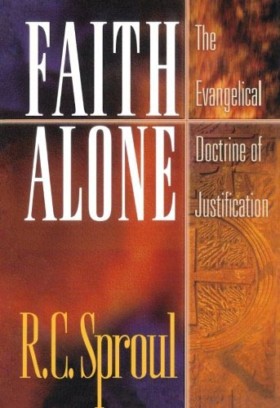 October 31st marks the 494th anniversary of the Protestant Reformation, the day on which Martin Luther nailed his 95 Theses to the door of the Castle Church in Wittenberg, Germany.  Modern evangelicalism owes its very existence to the great spiritual awakening inaugurated by Luther and carried forward by the other reformers.

One of the tragic realities of the present day is that so many evangelicals have spiritual amnesia regarding the issues at stake and the ground recovered by the reformers.  The inertia today toward a blind ecumenism is endangering the church by leading us once again to forget the very gospel itself.

R. C. Sproul’s book, “Faith Alone”, was written in response to this uncritical and potentially deadly loss of discernment that found expression in the efforts to bring Evangelicals and Catholics Together (ECT) in the mid-90’s.  Sproul in his own inimitable way lays down one of the clearest explications of the gospel I have ever seen.  He demarcates and distinguishes the Roman gospel from the true, biblical gospel which the Reformers recovered and shows how the efforts at ecumenical reunification are indeed dangerous to the life of the church and to the gospel itself.  His mastery of the true gospel alongside his grasp of Roman Catholic doctrine enables him to provide the reader with a clear understanding of the faith “once for all delivered” –justification by grace alone through faith alone in Christ alone.

To glorify God by knowing, living and proclaiming His truth in the world.

To glorify God by knowing, living and proclaiming His truth in the world.